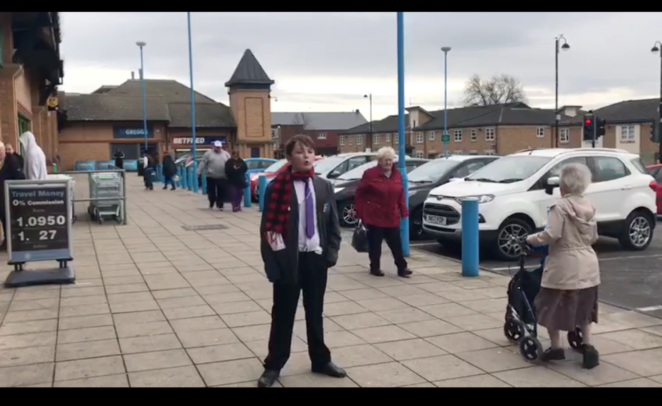 On 13 November 1967 Martin Luther King made what was to be his final public speech outside of the US before his assassination, in Newcastle. In the address, he called for us to join him in the ongoing struggle against war, poverty and racism.

On, 13 November 2017, fifty years to the day, individuals recited parts of the speech around Newcastle, both live and over tannoy systems. Including bakers, barbers, lecturers, business leaders, school pupils, politicians, railway announcers - people of different ages, sexes, races, all echoing the powerful words of Dr King, that still have so much resonance, and relevance, today.

This intervention was produced with artist Jeremy Deller, who conceived the idea, as part of Freedom City 2017, a year-long, city-wide programme commemorating the 50th anniversary of Dr Martin Luther King Jr. receiving an honorary degree from Newcastle University. Freedom City 2017 is a partnership between Newcastle University, Northern Roots and NewcastleGateshead Initiative, funded by an Ambition for Excellence award by Arts Council England.