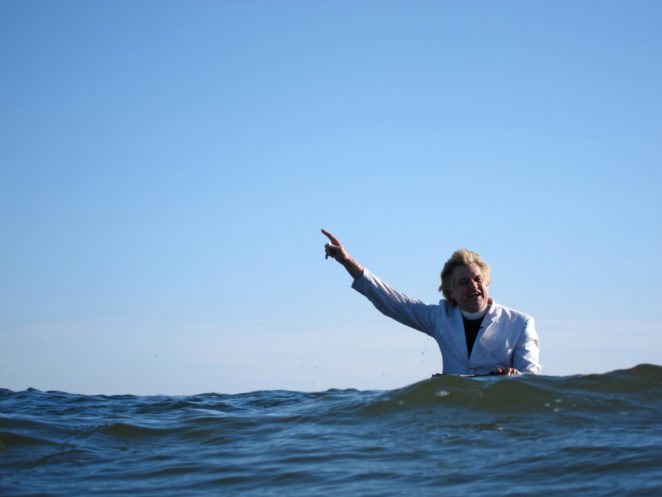 Sometime, over ten years ago, we were fortunate to be in the presence of the great Reverend as he led a loud and vocal prayer session at Newcastle’s Monument, and outside some of the many international brand shops in the area. And so we jumped at the chance to bring his never-more-needed brand of humorous, joyful activism back to to the Toon. Billy returned on 22 October 2017 as Wunderbar hosted the north east stop of the Trump Depression Hotline UK tour.

The Church of Stop Shopping is a New York based secular political religion founded in 1999. Since Trump, the Frankenstein of shopping culture, won – or stole – the election, the church has been a repository of community anguish. Under the direction of Savitri D the choir has paraded, boycotted and protested while singing multiple harmonies. They have opened for Neil Young, been produced by Laurie Anderson, and hosted a benefit for Black Lives Matter with Joan Baez.

There was humour, great music and unshakeable belief.