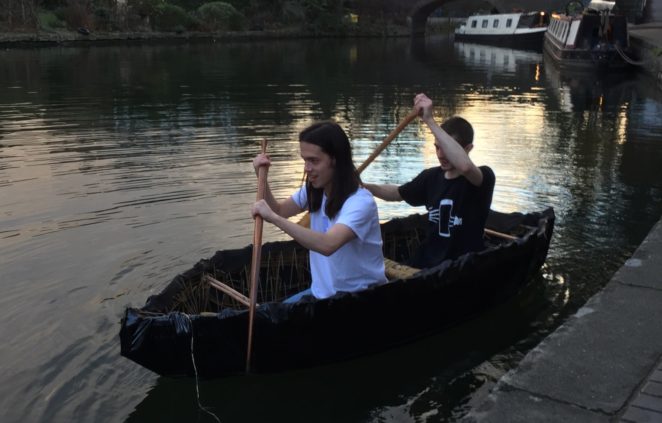 Sheaf+Barley are cunning folk, which means they go around performing charms, making things, drawing symbols and reading signs for people who need it. They think belief is a radical act, and that to interrupt hegemony we must be in a constant state of uprising.

Sheaf+Barley see much of their work as telling stories and creating spaces where stories can be told and exchanged. These spaces are called hearths, focal points of warmth that people can come together around, temporary spaces of comfort and stability in a world that is otherwise in freefall. Hearthmaking is a direct response to the forced existence of precarity and self-isolation which is being violently exported across the globe.

They cobble together ways of being in the world responding to now and directed towards the future. Through a mixture of research, action, and belief, Sheaf+Barley create a set of tools that can be used by themselves and others. They look for possible tools in places that pre-existed this precarity, usually in the history and beliefs of England where both grew up. The work produced is a public sharing of this continually developing tool-making, made in dialogue with everyone who comes into contact with it. They think the unknown has its own substance, and cannot be lessened by knowing more things.

They have invited people to make miniature boats in Ipswich for SPILL Festival of Performance and sunk them in the town’s harbour, have read the future for people at the Barbican in London for I’m With You, and spun wool in the town square for Live Art in Wymondham. Everybody can be cunning folk.

For a significant part of human history skin-frame boats were the mainstay of movement and subsistence in wetland and coastal landscapes. They are an early example of liminal technology; boats allowed people, ideas and materials to move across the boundaries of different and distinct worlds.

Under the ideology of neoliberal capitalism nothing is public. Private companies own the rights to land, trespassing is illegal, the waterways are controlled and violently policed. Nations feel no guilt as they leave people to die outside their walls. We are exiled individuals defined by the spaces that are not ours. Almost everything is a border, and these borders kill.

In a small way, the boat building is a way of reshaping the relationship of land to water and of human to landscape. It is a form of relearning to navigate your environment in a completely different way: the alienation of the human in the landscape becomes one of intimate knowing, the heft-and-tug of a water-current on a skin-frame. The knowledges of the past serve as tools for interrupting the hegemony of now. Through the process of making one physically creates the vessel in which the renegotiation can occur. The waterways are not borders but highways, our movement is our own. The borders are, for a moment, transgressed and made redundant.